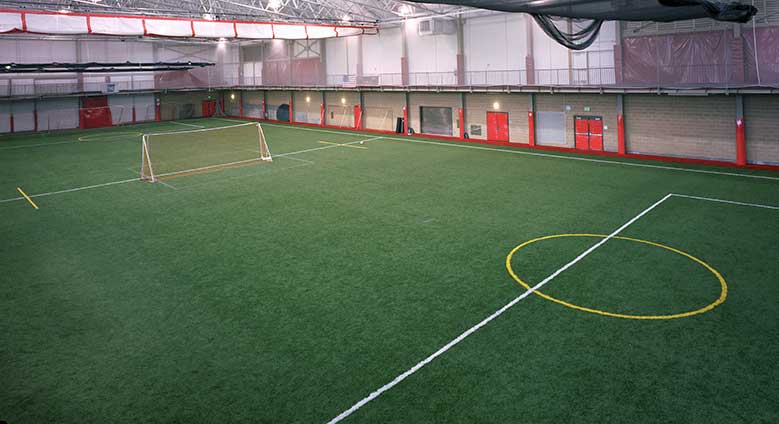 Would you let your kids play on a pile of old tires at the land fill? How about the synthetic turf at the Basin Rec Fieldhouse, Quinn’s Junction, and Matt Knoop Park? Did you know that most synthetic turf uses those same recycled tires? They make up part of the crumb rubber that flies up from the turf as people run, dive, and roll. The potential danger of synthetic turf was highlighted by an NBC News report and makes us wonder about the safety of the fields which are used by not only used by our community’s athletes but our smallest children during Toddler Time.

The NBC report begins with Amy Griffin, a University of Washington Soccer coach visiting two female goalies who had been diagnosed with non-Hodgkin lymphoma. Griffin was helping one of her players pass time during a chemo session, when the nurse who was hooking up the chemo machine, said “Don’t tell me you guys are goalkeepers. You’re the fourth goalkeeper I’ve hooked up this week.” Griffin then starts investigating further and finds 34 young goalies who have come down with cancer like lymphoma or leukemia. She begins to wonder whether this could be attributed to the crumb rubber that goalies dive into, get in their eyes, and ingest throughout every practice and game.

NBC investigated it and “was unable to find any agreement over whether crumb turf had ill effects on young athletes, or even whether the product had been sufficiently tested”. The industry group for synthetic fields says its safe. The EPA looked at the issue 5 years but are backing away from claiming it’s safe because their studies were “limited”. They now says that it is a state and local issue and more research should be done.

There appears to be a couple of issues. First, tires can be made of dangerous substances like mercury, lead, benzene, polycyclic aromatic hydrocarbons, heavy metals, and arsenic. The vice President of Marketing for FieldTurf, a name brand synthetic field say that the chemicals are vulcanized and become inert, so therefore they pose no danger. Others aren’t so sure. The second issue appears to be VOC gasses that the fields give off. A state of Connecticut report on the subject concluded “that ‘the use of outdoor and indoor artificial turf fields is not associated with elevated health risks,’ but that more research was needed to better understand chemical exposures on outdoor fields during hot weekends and in indoor facilities, which showed higher levels of chemicals in the air”.

These concerns have led New York City and Los Angeles to stop installing the fields. San Francisco and New Jersey are putting the issue of whether to continue to use synthetic fields on this November’s ballot so voters can decide.

This is an important issue for the residents of Snyderville Basin. Most of our kids will play throughout their young lives on Basin Rec fields. On one side we have the industry group behind these products saying they’re safe. On another side we the EPA who says they’re not sure anymore. On another side there are correlations that seem to be screaming that something is going on. Then there are the parents of Park City who wonder if they should let their children use the fields at all.

In November, Basin Rec is asking for a $25 million bond for another sheet of ice at the ice rink, open space, additional parking, and a multi-purpose gymnasium. However, money for Basin Rec may be better spent figuring out an alternative to our field turf. If not, its not too hard to envision someone who has regularly used the fields and develops cancer to bringing a lawsuit against Basin Rec and Summit County for negligence because the potential issue is known (whether it was the cause or not). Basin Rec and the County would then be on the hook for at a minimum fighting that lawsuit and more likely settling it — as well as potentially contributing to causing cancer in one of our young adults.

We know it’s not an easy path but its one we hope Basin Rec would at least look into. They’ve done such a great job in our community and it would truly be a shame if people stopped using their facilities because of this issue.