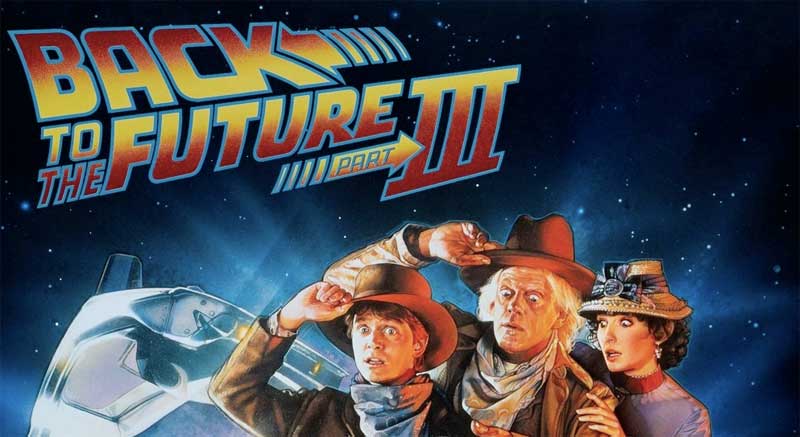 Out of The Box Transportation Idea #3… Say No to Growth

Summit County hired a transportation consultant to provide ideas on how to limit traffic in and around Park City. The County did not like the actions they suggested (the consultant suggested buses) and asked for more creativity. We had written that the County now at least owns the problem. Readers then responded to us saying that if it was so easy, why don’t we provide some “creativity.” Last week we provided two ideas we hadn’t heard being discussed. Today we present our favorite out-of-the-box idea that we believe makes so much sense in solving traffic problems, it should actually be the entire box.

Over the holiday break, we watched Back to the Future 3 — the second best of the franchise’s movies. In the movie, a time traveling Christopher Lloyd (Doc) and Michael J Fox (Marty) go back to the wild west. A picture, brought back from the future, shows that Doc is going to be shot because his name is on a picture of a tombstone (and then disappears after a series of events). Marty says “This tombstone could still be your future.” Doc replies, “Marty, the future isn’t written. It can be changed. You know that. Anyone can make their future whatever they want it to be.”

That’s how we feel about Park City and Summit County. Yet, we continually hear that by 2040 Park City will have a gazillion people in it. There is nothing that can be done and we have to plan for it. To do that, we will build underground rail and put hundreds of buses on the road at any one time. We’ll need 10 lane roads. We’ll have to convince people to take public transportation by charging people $5 an hour to park anywhere . We need to shut down all traffic to inner Park City. We’ll have to build a third exit out of Park City (to provide an alternative to 224 and 248). We’ll tunnel through mountains. We’ll spend billions if we have to. No, we’ll spend tens of billions. “We have no choice!,” they cry.

But we do have a choice.

Say no to growth.

“Impossible!”, you say? No, we’ve just been led to believe that. Whether it’s in the Park Record or on TV, we are constantly bombarded with a statistic from 2010 by the Governor’s office that says the Park City area will grow by 85% in the next 25 years. It’s stated as if it’s a fact; however, it’s just a projection. The events on the ground will dictate growth. There are all sorts of events from natural disasters to another Great Recession that could limit growth. The question is whether policies and planning could limit that growth and thus limit traffic problems. We firmly believe the answer is yes.

Take the simple example of the Park City School District allowing the High School to remain open to outside enrollment (i.e. out of district students can attend PCHS). They did this, allegedly, because they didn’t have a policy in place for how to handle existing out of district students. We’ll ignore the direct financial cost for now, but will point out that there will be more cars on the road because of this decision. You can also look at the plan to make Jeremy Ranch a “receiving area for density.” What that means is that they will likely allow condos to be built on a 12 acre piece of land near the Jeremy Store. That’s 100-200 condos — with three to four people per condo. That policy decision would increase our population by 400-800 people. That’s new people out of thin air. Down the road, between Jeremy Ranch Elementary and Burt Brothers, there is more open land that could be rezoned and will likely include condos. Right now, that’s zoned as 1 house per 20 acres. So, in that area… you could have maybe 4 houses with the existing zoning (maybe 12-16 people) or you could rezone and have a 1,000 new people.

It goes beyond decisions to purely limit land use. There are many parcels of land with existing rights, which must be respected. Take for example, the 1,000+ units to be built near Home Depot. The owner has the right to build something there. However, we don’t believe the County has any obligation to ensure that there’s not a traffic jam getting out of the area every day. If it’s known that day-to-day living isn’t going to be easy in some of these locations, there will likely be less buyers and less building.

They could also update the General Plan to say that we don’t want growth. Make changes to the development code to limit the number of units on land by requiring large setbacks, limiting height (even more than they do), or specific structural components that make our buildings better but more expensive.

The County could not issue a conditional use permit to Vail to connect their gondola between PCMR and Canyons. A one sided Gondola doesn’t go anywhere.

There are literally hundreds of ways that growth could be impacted via policy. Granted, not all of them may be palatable, but it’s possible. The point is that through policy, growth can be limited. This is something entirely within the control of our government leaders. Otherwise, they are left on the defensive trying to clean up after a problem has materialized. It is far better to manage the event than the result. The County put in rules regarding burning after Rockport fire, to try and prevent another one. Why not do the same thing here?

Of course, this course of action wouldn’t appeal to certain groups within our community. There is the building industry. There would be less to build, although there is quite a bit of land already OK’d for development. There are the real estate agents who would have less houses to sell (although there are still a ton of houses). There are the land owners who would love to be able to get rid of existing rules and let them build a dollar store next to your house. The issue is, however, these views are all about them and not Park City. It’s about what would be good for them and not what would be good for our community. Do we want what’s good for Vail or what’s good for Park City? If they happen to overlap, great… if not, we want what’s good for Park City.

That said, there are some negatives to limiting growth. Without growth, unless property values rise, property tax revenues stay at the current levels. This means either limiting expense growth in our schools (to match growth in property values) or raising taxes. Likewise, if tourism is maintained at existing levels, that means sales tax is kept at current levels. That means there is not more money to increase government spending. It would really require fiscal discipline, which again may not be palatable.

So, there you have it … our third crazy idea. LIMIT GROWTH. Solve transportation problems by not having transportation problems. We really think it makes a lot of sense and is likely the only one that really solves the problem. We do realize that there will be some growth around Park City, regardless, and that growth won’t be STOPPED. Land owners are entitled to their current rights. However, with only small growth over the next 20 years, we could probably all learn to deal with the occasional bad traffic day (it would happen no matter what we do) and we’d learn to stay out of town around the holidays (just like we do at Sundance).

The main point, though, is that we are all in control of our future. We can decide to complain about traffic and growth in Park City. We can continue to say, “Park City ain’t what she used to be.” Or we can do something about it. One logical way to control the future is to decide what is really important. If we really want to “Keep Park City Park City,” we can start today and say no to growth. We can fight it on each street corner and in every meeting. Or we can let the growth happen and try to deal with the consequences.

It’s our future. We just need to decide what we want and go make it happen.

Ultimately, I think self-driving vehicles are the answer. That will combine the efficiency of trains with the convenience of individuality. Impinging on private property rights any further is not the answer.

I love it. I mean, self driving cars don’t work it snow, bright sun, when stop lights aren’t on maps and often don’t react to pedestrians… but I still think they are more likely to be successful than getting people to ride buses.