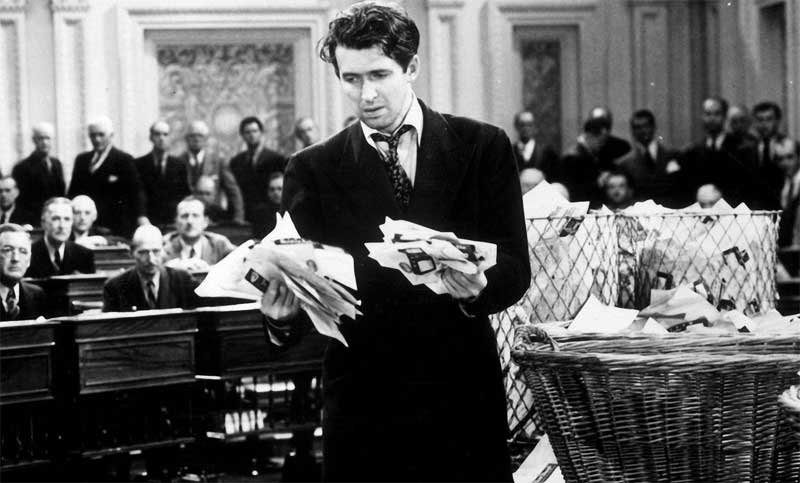 Mr Putt Goes to School Board

One of the best movies of all-time is Mr Smith Goes to Washington. Jimmy Stewart plays an idealistic and naive man who gets appointed to the Senate. When he arrives in Washington D.C. he can’t believe how badly the system actually works. In the end, he launches a filibuster, in a final attempt to make sure land in his home state is used for a worthwhile cause.

We couldn’t help but think back to this movie when Summit County Community Development Director, Patt Putt, attended a meeting of the Park City School District’s Master Planning Committee. The meeting was largely about realigning grades and where ultimately to put the new Treasure Mountain Junior High School (TMJHS) . The conversation had culminated in two ideas, put TMJHS at Ecker Hill or put TMJHS somewhere on Kearns Blvd. The problem, as the committee saw it, was that adding 800 students to Ecker Hill would cause a “traffic nightmare.” The problem with putting it on Kearns is that it would add 400 students (and probably 400 cars) to the traffic problem coming into town on 248.

Mr Putt then speaks up and asks if they have considered putting it on some other piece of land. You see, Mr. Putt has been neck-deep in trying to plan for growth in the Snyderville Basin. He, members of his staff, and the Snyderville Basin Planning Commission have been trying to come up with creative solutions to handling the growth and the traffic that comes with it. He knows what land is destined for development. He knows what the impact of that development will be. He also knows areas that could handle more development. So, his question wasn’t without merit. He obviously had some ideas.

The response he received was that the committee had discussed increasing the boundaries of the school district but that it was complicated because they didn’t want to take tax dollars away from South Summit School District. So, if he could find some land inside the current boundaries, they could talk. Then talk shifted back to the options on the table. The problem with adding schools inside the boundaries is that there just isn’t much open land and it may not be optimal for handling growth. However, there is quite a bit of land outside of those boundaries that may be able to be much better suited for this.

We heard Mr Putt try once again after the meeting concluded. He said something, to a couple committee members, to the effect of, “If there was a way to use some land outside of the boundaries, without impacting South Summit tax revenues, could we pursue that?” The answer was pretty much, “probably not.” At that point, we left. Perhaps, then logic entered the discussion, and Mr Putt was able to convince at least one member of the committee to consider something else. But we doubt it.

This should be the perfect example of organizations working together to solve our collective problems. Everyone knows there is a traffic issue. Yet, it is likely that they’ll put TMJHS on Kearns and realign the grades. That means 400 extra kids will be going to school on Kearns Blvd every day. Add that to the new Park City Heights (200+ homes) and that entry corridor, or should we say parking lot, is going to get even worse. It’s like being 50 pounds overweight, but deciding you’ll eat 3 extra pieces of pie. It’s just dumb.

Frankly, if in even this obvious of a case, our different government organizations can’t work together, we wonder if they ever could. To borrow from another Jimmy Stewart movie, It’s a Wonderful Life, it’s unlikely even a guardian angel could fix this mess. At the end of our movie, instead of little Zu Zu saying “Look, Daddy. Teacher says, every time a bell rings an angel gets his wings,” she’ll say, “I wonder where teacher was today?” Jimmy Stewart will reply, “she was probably stuck in traffic.”