The Salt Lake Tribune has a glowing article about the Salt Lake to Park City Connect Bus service. When the service began four years ago, it had ridership of 33,000 people per year. That has grown to over 45,000 people in 2015. This growth is attributed to lowering fares by a $1 ($4.50 now versus $5.50 originally) and modifying the schedule.

I have to admit that I was wrong about the bus. I never thought it would make it to year 2 due to cost and travel time; yet, the service has persisted.

That said, why should you care about a bus running up and down Parley’s? According to the most recent information I could find, Park City and Summit County contribute $475,000 a year to make this bus run (UTA contributes $170,000). Depending on your perspective, that could be money well spent or it could be better used for transportation alternatives in Summit County (i.e. buses into neighborhoods, etc.).

While 45,000 rises sounds like a lot, this accounts to about 13 people per bus. Also keep in mind, that last year, Park City cited that there was often over 10,000 riders PER DAY on its buses. So, in the scheme of things the PC SLC Connect bus isn’t taking too many cars off the road (120+ car a day?). That said, as for emissions, studies show a bus only needs to carry 8 people to be more efficient than individual cars.

I guess the real question is could our community use the $475,000 a year to achieve greater results? 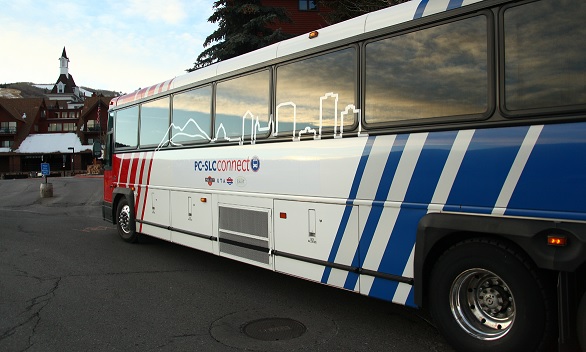