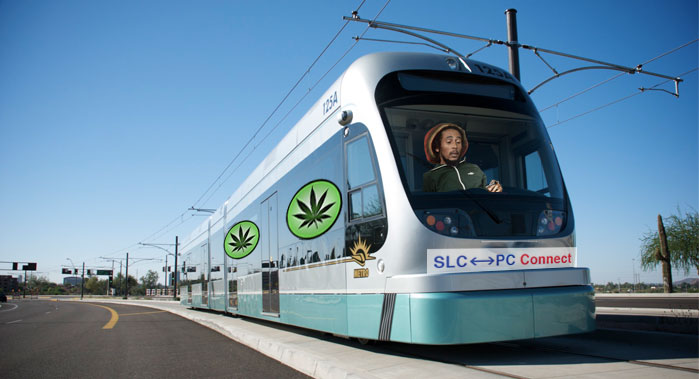 The promise of light rail is alluring. Hop on a high speed train in Salt Lake and be effortlessly transported to Park City. No traffic. No stress. Pure Bliss. There’s only one problem … Distance X’s Dollars.

First, let’s talk distances from Salt Lake to Park City. The closest TRAX station (to us) in Salt Lake is near the University of Utah. Let’s use that as a starting point and say that light rail would run from there to a new stop in Jeremy Ranch. That distance is 20.5 miles. If we go further to Canyons it is 23.7 miles. If we run it all the way to PCMR it’s 27 miles. Now they could build some sort of park and ride at the bottom of Parley’s Canyon but we’re not exactly sure where that would go or why people would drive part of the way to Park City and then ride. So, we’ll figure they’ll want to connect the Park City route to the rest of TRAX.

Now, let’s talk money. According to Wikipedia, “Over the US as a whole, excluding Seattle (which was much more expensive), new light rail construction costs average about $35 million per mile.” In Salt Lake they were able to do it for under $20 million a mile; however, we will go with the national averages since it has to be harder going over a mountain than merely around a valley.

Finally let’s multiply these together to figure out what it would cost to build the various routes:

If we are really concerned with reducing traffic in the Snyderville Basin, it won’t do much good to stop at Jeremy Ranch or the Canyons for that matter. People will want to ride into Park City. The cost to do that is almost a cool BILLION DOLLARS. That’s the entire budget of Park City and Summit County for almost 7 years. They could buy every household in the Snyderville Basin an electric car for half that.

Whatever your thing is… a billion dollars buys a lot of it.

There has to be a different solution. Oh, and how well does it work in 2 feet of snow at 5°F? Good luck with that.