Vox has an interesting article talking about the single-occupant car. It opens, “In small pockets of large cities around America, a growing number of people have been walking, biking, or taking public transit to work in recent years. A disproportionate focus on these cities has led advocates and journalists to celebrate the resurgence of car-free forms of transportation. But the researchers who study overall commuting data see things very differently. The dominant mode of travel, by far, is the single-occupant automobile … and the car shows no signs of going away.”

The article speaks to a number of issues, including the demise of the carpool and the fact that car ownership is rising in low-income populations. It also shows that only about 5.5% of people bike or use public transit to go to work. This includes major metropolitan areas.

I believe this impacts Park City for two reasons. It shows that on average we could only expect 5.5% of our residents to commute on public transportation and probably less because our congestion/population doesn’t mimic a city like New York and our weather can be rough. Second, visitors who are used to driving will usually either drive here to Park City or rent a car. I believe public transit is a mindset and if you don’t have it at home, you likely won’t have it when you visit here. 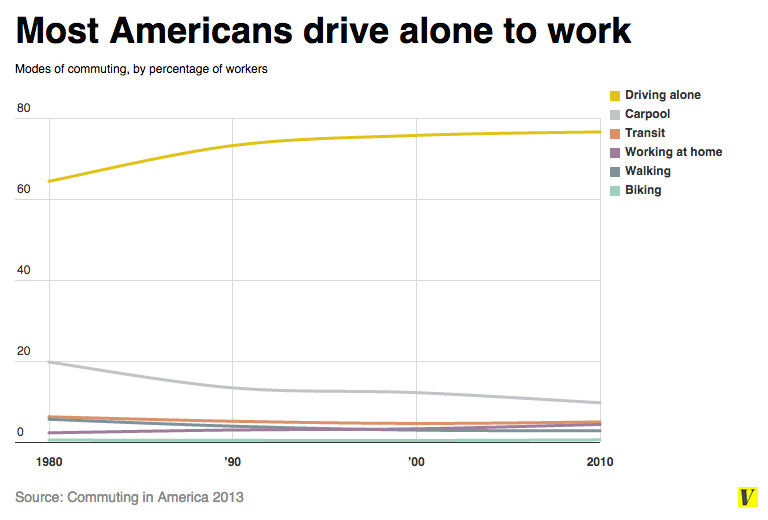